1. How to challenge the Raid Boss 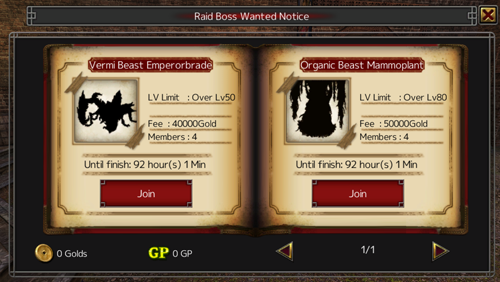 If you have formed a party, the party leader will choose which Raid Boss to challenge. If not, you will make the choice.
Select the Carriage displayed on the right, and wait for the members in the waiting room. 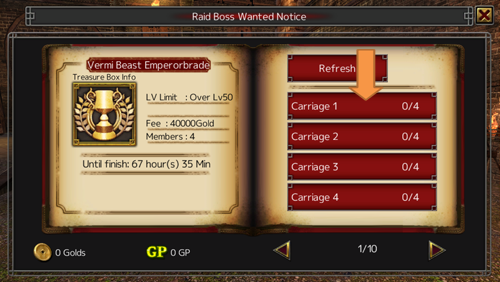 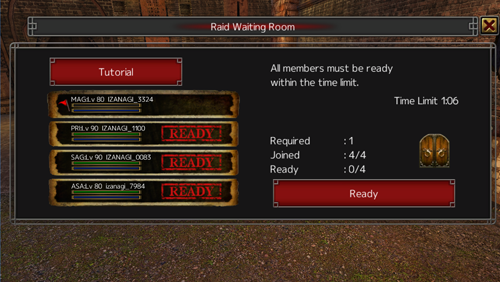 Players who press the "Ready" button in the same Raid waiting room will be counted to "Required members", and when that exceeds the set number, the Raid Boss Battle will automatically start.

[Tips] -Party play within the Raid map
In the Raid map, the Skills that affect other players such as recovering and reviving
only have effect against players within the same party.
Form well-balanced party to challenge Raid Boss!

By tapping Treasure Box Info, some of the rewards that can be obtained from that Raid Boss will be displayed. 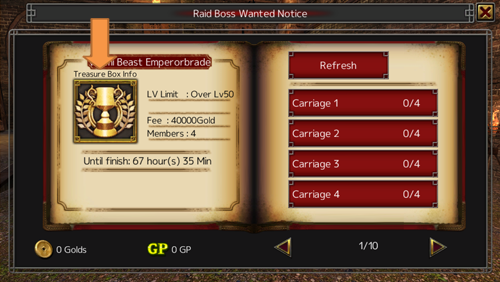 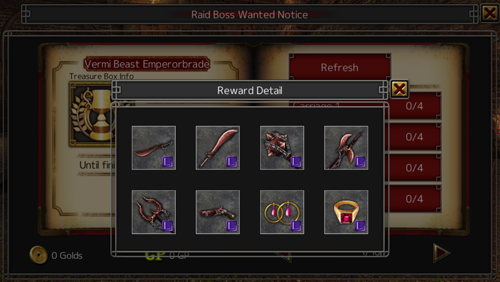 The unique feature of IZANAGI's Raid Boss Battle is that the Raid Gauge is displayed on upper-right of the screen. 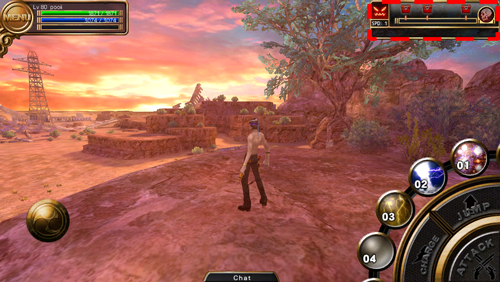 The Raid Gauge indicates the time limit and the amount of Treasure Box rewards that decreases by passing of time. The gauge will slowly increase by time.

[Tips] -Death in the Raid map
If you fall in the Raid map, you will revive automatically after 30 seconds.
In this case, there will be no decrease to EXP, different from other maps.

However, "Injury" status will be added after reviving in Raid map.
Injury decreases all abilities largely, so try not to fall.

5. Defeat the Raid Boss and get rewards!

If you succeed to defeat the Raid Boss, you will earn the Treasure Box reward.

The faster the Raid Boss is defeated, the more Treasure Boxes can be selected. Cooperate with the participants to quickly defeat the Raid Boss! 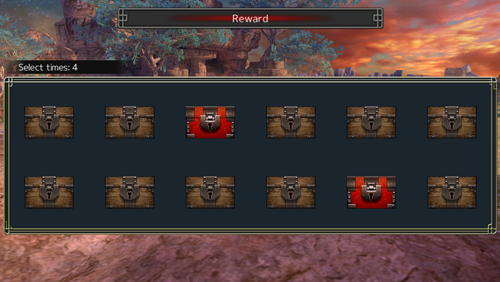 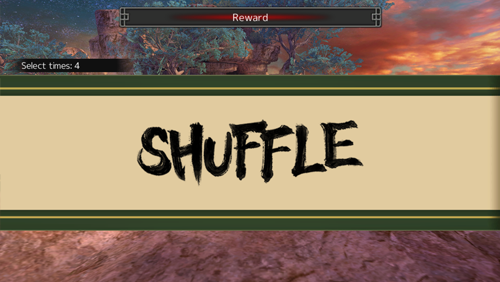 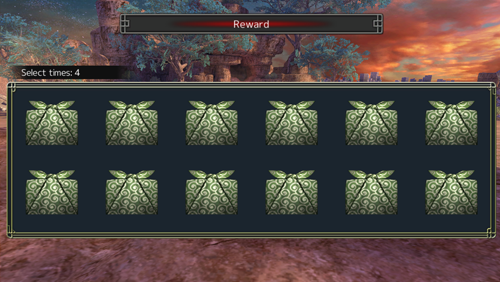 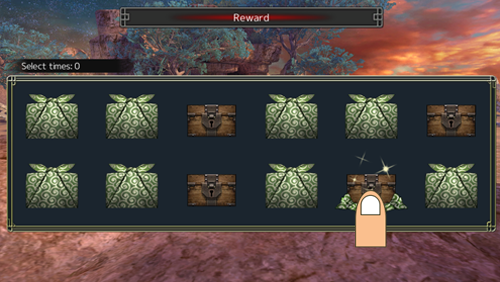 [Tips] -Reselecting the Treasure Box
Treasure Box can be reselected once only, by using Gem.
When reselecting, choose the ones you would like to leave opened, and those not chosen will shuffle again. 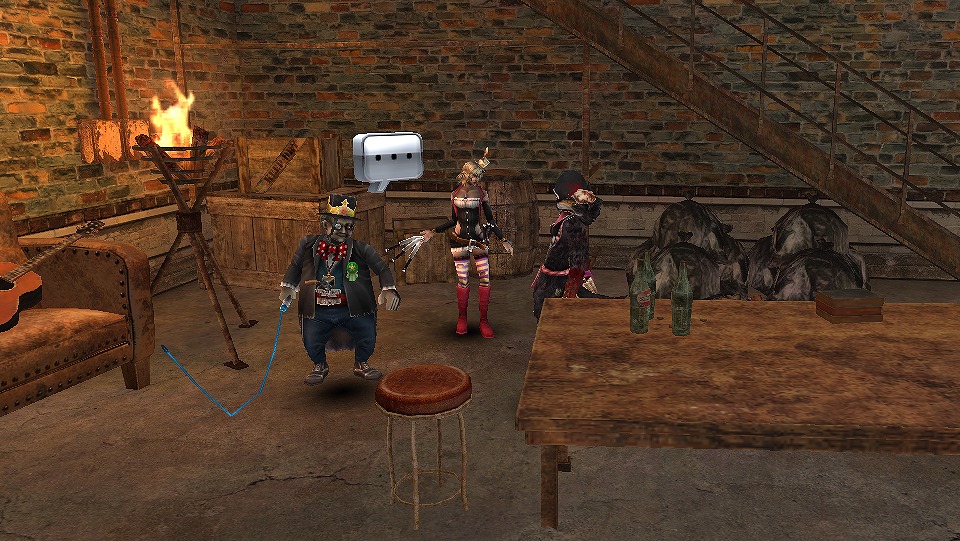 Also the reward is different, and there are items that can only be obtained in the Guild Raid.

Raid Boss is easier to defeat with more members. We recommend you to discuss the time with the Guild Members, and challenge the Raid Boss together!

[Tips] You can build Guild Hide-out via Harold in BWT - Commercial Area.
Build the Hide-out and enjoy with your Guild Members!

Each Raid Boss has "Challenge Times" set.
This indicates the times you can challenge that Raid Boss while it is present, and is counted for each character.

* Even if it's the same kind of Raid Boss, the challenge times will be reset on the other occasion, allowing you to challenge again. 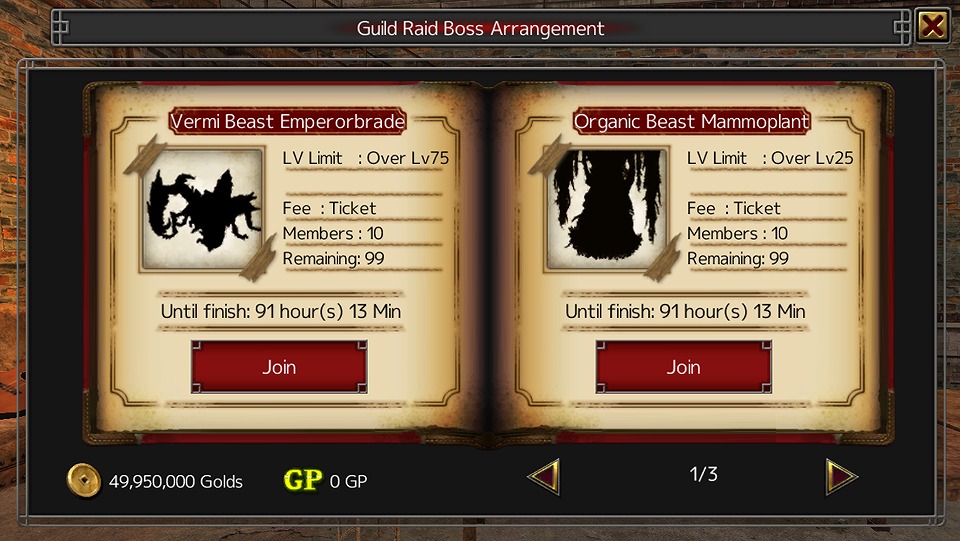 Also, "Challenge Ticket" is required to participate in the Guild Raid.
The Challenge Ticket is sold in the GP Shop accessed via Electra near Captain Gregorius, so take a look! 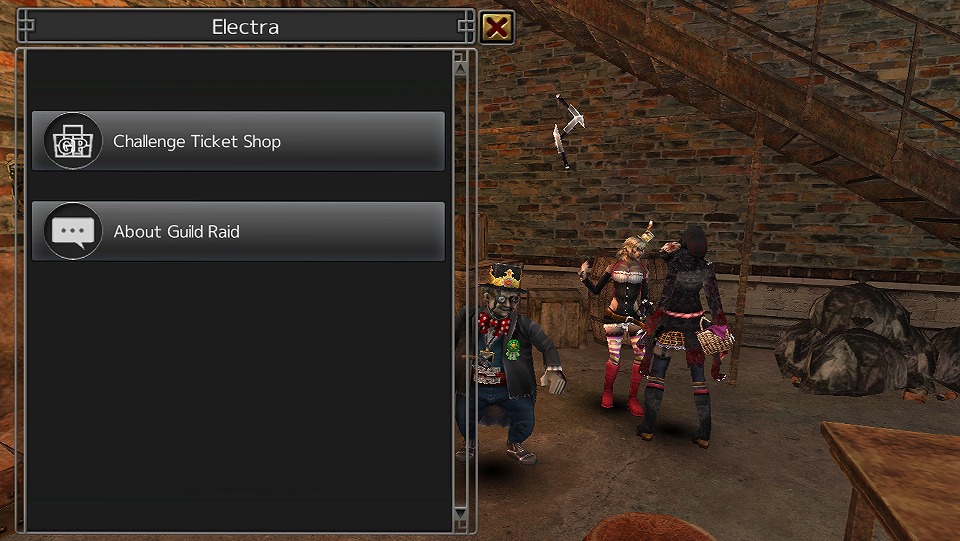 Guild Raid Boss appears by the schedule in the table below.